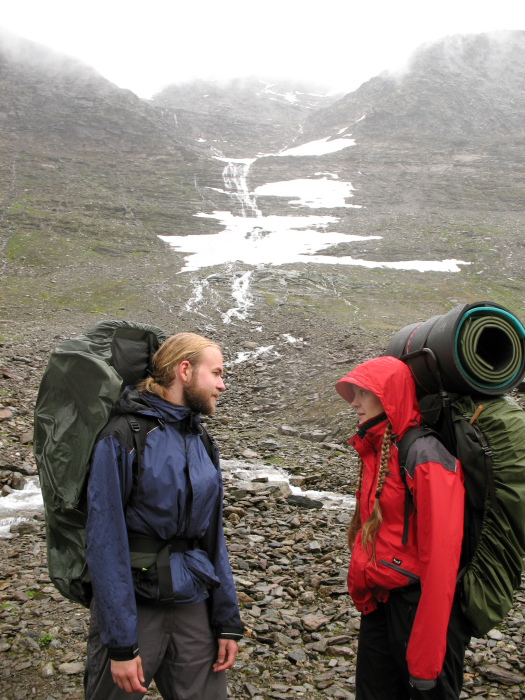 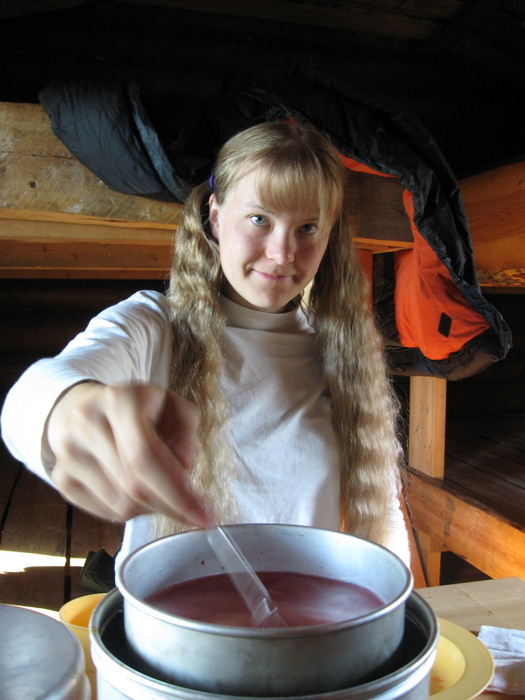 Hi! Now that I seem to have so many international friends, I decided to amuse you with a web page.

Interesting things by me on the web:

Who am I? I'm a Doctor of Science in Technology, engineer, Christian, soprano, radio aficionado, mother, hippie, knitter, aunt. I was born on Dec 8, 1981, exactly a year after John Lennon died. If you want to pronounce my name, try drinking two cups of tea--'tea-tea' is the closest you get in English.

Hippie. I don't have a car. I use a bike helmet because it's the right thing to do. I eat mostly vegetarian. I'm not stressed by the animal rights, but I know it's inefficient to produce meat, and most of all, it's not environmentally healthy. I can dumpster dive. I might love material less than the average person, but on the other hand I sometimes feel that my apartment is too large and that I own too much. I don't buy bio/öko/eco/ecological. We should build more nuclear power plants.

Wife. I married Timo in 2003, because I realised he is the one. No regrets during these years, save the few seconds. Many know that Timo is the ideal one for me. By the way, his pickup line was that insurances are not worth taking, because the expected outcome is negative.

Soprano. I sing in the gospel choir of Hervanta church. Welcome to listen to us some time! The greatest audience ever was about 2000 people.

Radio aficionado. I got my amateur radio licence in 1998, when I was 16. My call is OH3HNY. Now my hobby consists of mainly social activities at the club, but I just might put up an HF antenna on my balcony--though it might prove too difficult a task, since I design antennas at work, and therefore lack all practical ability :) I'm also involved in the BC station Radio Hami, and have my own show at the summer camps of the Finnish amateur radio league. By the way, my club is OH3TR, Tampere university of technology radio club, and now when I am growing up, I am also involved with OH3NE.

D.Sc.(Tech), Engineer. Since I was born, I knew I would become a student of technology. Materials engineering sounded interesting, but after a good look at the course catalogue I went for electronics. Radio hobby transformed into a job. I did a Ph.D. on antennas, because antennas are mystical. In Finland, a Ph.D. is needed to get a university teaching position. Which I then did not actually want. I had a nice job at Nokia/Microsoft, and now am with Patria, doing radio business.

Christian. I'm a reborn Christian, more precisely Lutheran. Jesus is my personal saviour, etc. I've always believed in God. I was an active Christian teenager, but dropped out when I started my studies. Now I'm again searching for my own place in the church. My choir and the Sunday service are good places for me. I love to sing old hymns.

Knitter. I'm not the most obsessed kind, but I always have something on the needles. Topology of knitwork is very interesting. I'm trying to develop new ways to knit hats or mittens, although it seems that the old ways are the best.

Role player. I play RPGs, i.e. role-playing games. What is it? A group of grown-up people gathers in the same room, and pretend to be somebody else, and even speak as if they were those other people. The whole consept of RPGs is very odd. Anyway, it is a great way to spend your time. I especially enjoy the part of imagining I'm somebody else, feeling his feelings, and conversations in character. Our games are usually free-form: no system, no dice, and especially no fights.

I also like books, movies, bicycling, hiking, playing football, cooking. I know the stars. I know Matlab. I have read The restaurant at the end of the universe in four languages.